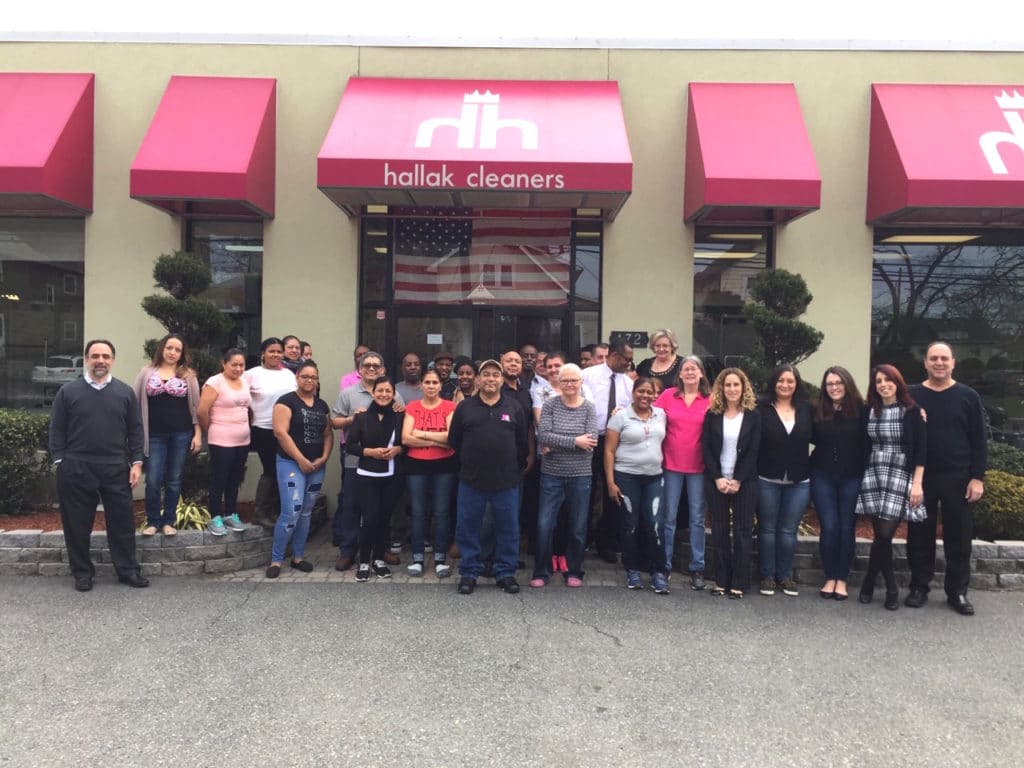 Would like to learn about ‘Our Story’?  Hallak Cleaners is a family-owned and operated couture dry cleaner.  However, we believe that we are much more than that.

When we say that Hallak is a family-owned company, it goes beyond brothers, John-Claude and Joe Hallak.  Equally important, the whole team feels like one true family. In fact, we think that family feeling is extended to our clientele.  And we are so thankful for that.

Hallak Cleaners is a couture dry cleaner servicing Manhattan, Bergen County, Westchester, Greenwich, Short Hills and the Hamptons.  Wondering what makes us different?  Hallak is one of about a dozen dry cleaners nationwide that meets the Leading Cleaners Internationale requirements.  While many call themselves ‘couture cleaners’, there are very few that become certified.  Our team prides ourselves on expert fabric care, passionate customer service and beyond.

However, it doesn’t stop there. Hallak Cleaners is also part of the National Cleaners’ Association, Drycleaning & Laundry Institute, Association of Wedding Gown Specialists and more.  It is no wonder that we are a trusted name among high-end design houses such as Gucci, Frette, Chanel, Hermes and Prada. And it all started with one man’s dream.

…and so it goes

1982  Hallak Cleaners is again featured on the cover of American Dry Cleaner.

1983  A 5,000 sq. ft. state-of-the-art production plan is established in Bergen County. Pick-up and delivery service is introduced to the community.

1988  The Manhattan Hallak retail store is relocated across the street to its present home – 1232 Second Avenue.

2002  We receive the “Outstanding Innovator Award” at the International Drycleaners Conference in Scottsdale.

2010  We introduce a sophisticated control system (by the Italian firm, Metal Progetti).   This same year, we also add Greenwich and Westchester delivery routes.

And that is just a quick glance.

Hallak looks forward to its future in serving you – our community.  With this in mind, it is why we continuously keep on training ourselves, utilizing the latest in innovative technology and more.  After all, it has always been our responsibility to provide our customers with the very best in fabric care. Whether you trust us with your wardrobe or home’s furnishings, Hallak will treat your items with the utmost respect.  Find us on Instagram, Facebook, Twitter, Pinterest, Google and more.  We invite you to continue to learn more about us and our services.

Hallak Cleaners is here for you

Because your wardrobe and home deserve the very best
Contact Us